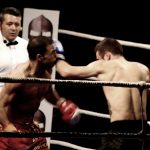 Source: Flikr Creative Commons I moderated a discussion list on macroeconomic history back in the late 1990s. I volunteered because I thought it would be fun and I’d learn something.  And I did, until a few members started flaming each other, encouraging more participants to join in, and ruined the entire enterprise for me.  It seemed to me then, and now, that participants enjoyed engaging in a … END_OF_DOCUMENT_TOKEN_TO_BE_REPLACED 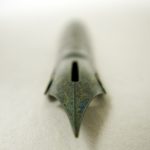 Robert Caro, 2012 I've caught Hamilton fever. Yes, like many others, I listen to the original cast album, over and over, and look forward to someday seeing the musical in person. The Hamilton soundtrack connects me to one of my other lifelong passions: biographies. Hamilton is based on Ron Chernow's biography of Hamilton, which inspired Lin-Manuel Miranda to write the show.  It's been on my … END_OF_DOCUMENT_TOKEN_TO_BE_REPLACED 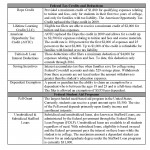 “There are many ways a society can finance college, and over time the US has tried almost all of them.”  Thus begins a new paper, “Tax Benefits for College Attendance,” by Susan Dynarski and Judith Scott-Clayton. American governments currently subsidize higher education in three ways.  First, state and federal governments directly fund a variety of higher education institutions, including … END_OF_DOCUMENT_TOKEN_TO_BE_REPLACED