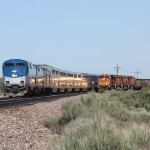 (Source: Flikr Creative Commons) I cringe when I read sentences like this: "Amtrak's Southwest Chief was carrying more than 140 people when several rail cars derailed early Monday, moments after an engineer noticed a significant bend in a rail and applied the emergency brakes, authorities said. At least 32 people were hurt, two of them critically." (Source: New York Times) Unfortunately, I was … END_OF_DOCUMENT_TOKEN_TO_BE_REPLACED 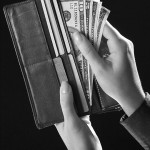 (Source: Flikr Creative Commons) I look forward to my Monday morning e-mail because that's when I see what's up in the National Bureau of Economic Research (NBER) Working Papers.  These articles are in the last stages before being published in refereed journals or conference volumes and thus have usually gone through a long process of seminars and formal peer review.  They are thus scientifically … END_OF_DOCUMENT_TOKEN_TO_BE_REPLACED 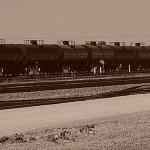 (Source: Flikr Creative Commons) “To the gentleman with the ukulele in the rear sleeper: please report to the dining car.” This isn’t the kind of announcement you hear on an airline, but I heard it on Amtrak last May. I’ve been a fan of trains for as long as I can remember.  From Lunch with Casey and model trains I’ve graduated to Trains magazine and Amtrak, but my passion for the subject … END_OF_DOCUMENT_TOKEN_TO_BE_REPLACED